Probably the best season to visit Yonaguni Island, the western most island of Japan, is during winter to spring. Every year, from December to May, large school of hammerhead sharks are observed around the sea of Yonaguni. Of course, this year is no exception. Game is on!

According to the local dive shop Arveyan, this season’s hammerhead sharks have started appearing in early December, and now they are seen almost every single day. Sometimes, there are more than 200 of them! If you get lucky, you might be able to take a close-up video like this…

Sharks are usually observed at the dive site called “Irizaki”, where many pelagic fish appear. Winter to spring is also perfect season to visit the mysterious underwater ruins! 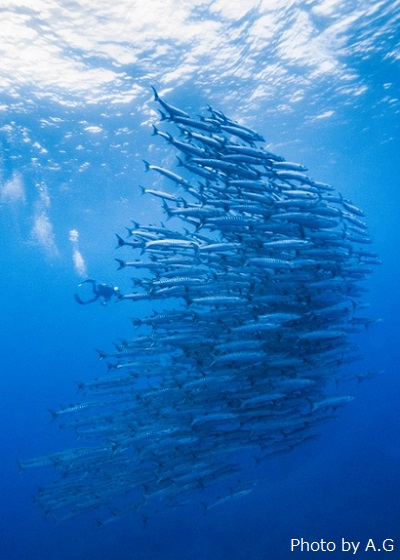