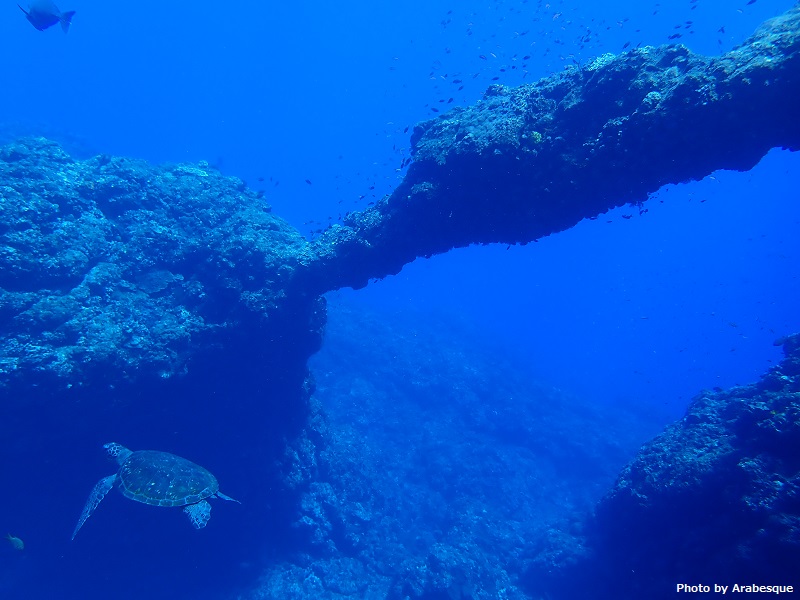 Hachijo Island is one of the 11 islands of Tokyo, about 290 km south of central Tokyo. Its ocean is often referred to as “Hachijo Blue” due to deep blue color and splendid visibility, greatly affected by the Kuroshio Current.

Right now, the visibility is more than 30 m and the water temperature is above 28℃ (82℉)! Awaits you in this ocean is the abundant marine life. According to the local dive shop Arabesque, there seem to be more fish and sea creatures this year than the year before. Large school of yellow-spotted chromis and beautiful purple queen, more than 30 fire dartfish swimming together, fish from the south such as juvenile bicolor angelfish and Japanese angelfish…you’ll definitely love Hachijo the moment you dive! 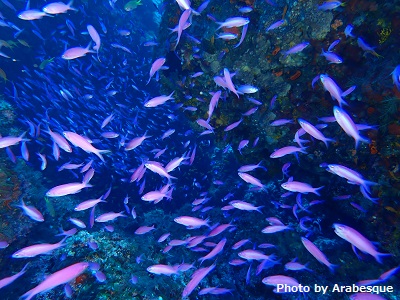 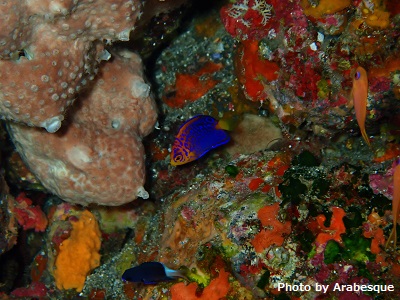 Hachijo Island is a great place to dive all year round, but the owner of Arabesque recommends diving in Hachijo during September to October.
“The ocean condition is great, ground temperature is just right, marine life becomes more abundant, and the juveniles increase. More crustacean species are expected also.” 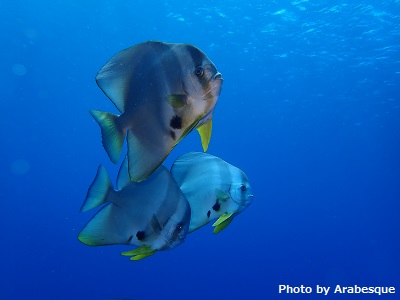 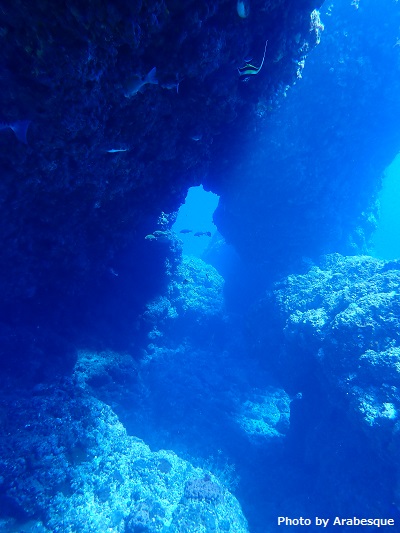