The whale shark was first found by Akky, dive guide from Diving Service SUNNY SUNNY. He could see the rope around him and wanted to help, but since he did not have much air left, he passed on the information to Uruma Diving Club. Divers of the Club brought a saw with them and started to cut the rope, but the whale shark swam away halfway through the attempt. When the divers got back above the water, diving service Marine Point was about to dive, so they took on the mission to save the poor shark. The guide soon found whale shark with rope still partly tied around him, and succeeded in cutting the rope completely. The shark swam away happily without looking back.

…and this is how the divers helped the whale shark, but there is more to the story. 5 days after the rescue, Akky found the same whale shark around Ishigaki. He could tell he was the same shark from the marks on his body from the rope.

“It seemed as though he had come back to say thank you to the first founder!” says Akky. 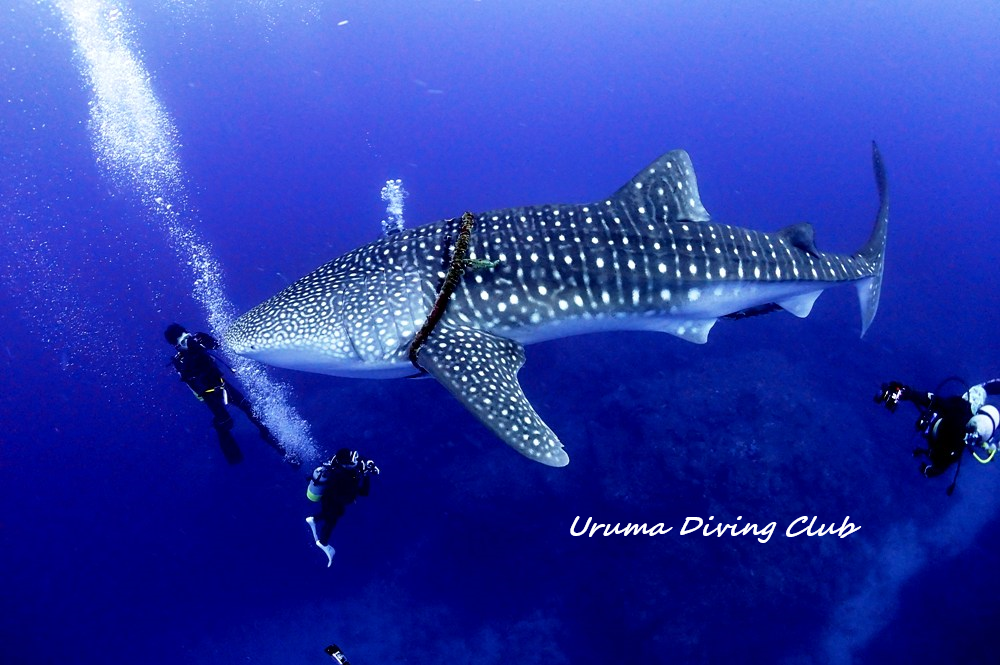 Whale Shark with rope around him

Came back to say thank you?