Amazing news from Tokunoshima!
According to Marine Service Kamui, a big sailfish appeared in Tokunoshima on December 20th. He appeared suddenly, high above the divers. Probably because the sailfish was curious about the bubbles from the breathing of the divers below, he came down to the depth of about 25m, where the divers are, and swam with them for approximately 10 whole minutes! He came so close to the divers, they could almost touch him.
Tokunoshima is an island which belongs to Kagoshima prefecture, and located between the mainland of Japan and Okinawa, in the Amami Islands.  Recently, manta rays are also being seen in the ocean around it. They don’t appear regularly, but according to Marine Service Kamui, the probability of meeting them have been increasing every year.
Sailfish and manta rays…who knew Tokunoshima had such an exciting ocean? 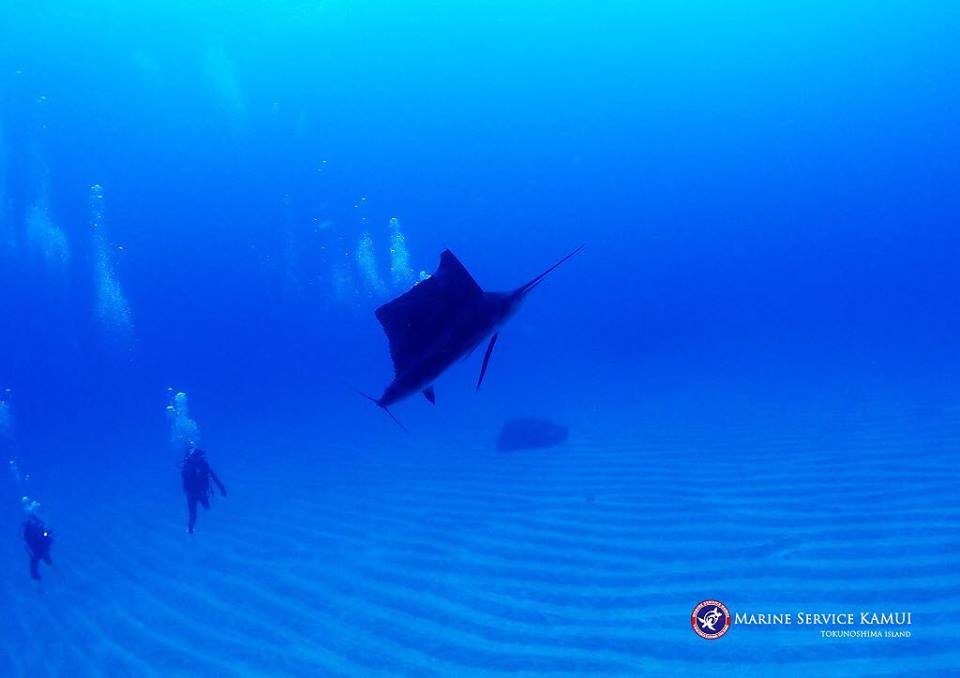 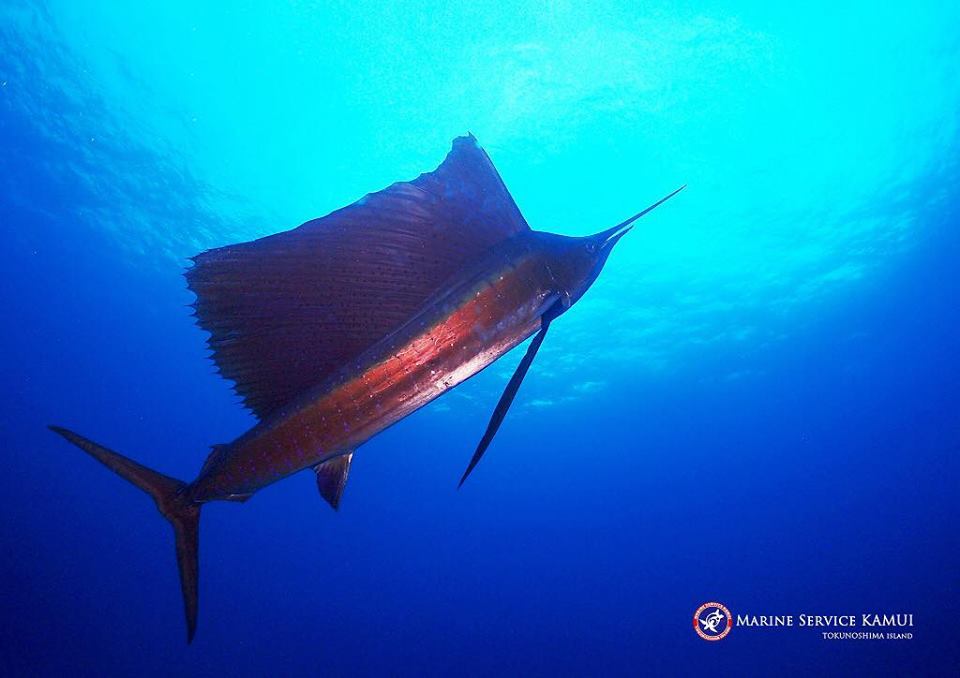